A Member of Society

Would you describe Freemasonry as a product of the class struggle?
In his 2016 Prestonian Lecture, Dr Richard Berman defines the origins of the Craft by the social and economic forces at play in the eighteenth century. 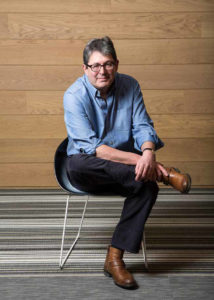 In the latter half of the twentieth century, Freemasonry worked hard to distance itself from any hint of elitism, to show it was not an organisation that conferred social advantage or took a political stance. Look back to its origins 300 years ago, however, and we find Freemasonry working in a different way, representing and expressing the political and religious views of a core group at its centre. Not only that, but the Craft was attracting an aspirational membership keen to realise their personal social, intellectual and financial ambitions.

In his 2016 Prestonian Lecture, ‘Foundations: new light on the formation and early years of the Grand Lodge of England’, Dr Richard Berman suggests that Freemasonry should be recognised not only as the most prominent of the many eighteenth-century fraternal organisations, but also as a significant driver in a wider social context.

For Berman, the fact that Freemasonry was actively involved in transforming society is not something to hide from. ‘It was a hugely relevant, hugely aspirational organisation – the people at the top were eminent figures who had public reputations. Freemasonry was firmly within the government camp; it was promoting the government and it was promoted by the government.’ With Prime Minister Robert Walpole becoming a Freemason alongside his colleague the Duke of Newcastle and various eminent overseas aristocrats, Berman positions membership of the Craft as a form of fraternal and political solidarity. ‘You also find some of the most important civil servants, soldiers and magistrates joining Freemasonry. Politically and socially, the organisation was a big deal in the early eighteenth century.’

SOCIETY’S MIRROR
The Prestonian Lecture has already been delivered across the US and in Britain. Berman is looking forward to visiting more lodges from September. ‘I try to squeeze the talk into about 40 minutes, plus some questions if there’s time – I can’t cover everything, but I’ll give the gist. The main aim is to entertain, then to educate, then to encourage people who are interested to look further,’ he says, adding that the response so far has been positive. ‘I’ve certainly never had standing ovations before, so that’s nice.’ An economist by training, Berman decided to change career in 2008 and study for a PhD in history, which he then turned into a book. ‘I’ve now written three; the fourth is the Prestonian Lecture, and I’m working on a fifth.’

Berman is intrigued by how the evolution of Freemasonry 300 years ago mirrored broader trends within society. In his second book, he discusses the development of the lower-middle class as urbanisation became a larger feature of eighteenth-century life. ‘More people were coming into the cities from the country, so you not only had the aristocracy, the gentry and the poor, but a raft of more middling players who wanted to emulate what was going on in polite society. There was also migration from overseas, especially Ireland, and this triggered the emergence of a lower-middle-class form of Freemasonry, which the established, upper-class masons weren’t too keen on.’ While social discrimination hit the London Irish in particular, their breakaway form of Freemasonry proved enormously successful. ‘There were two main reasons: the Irish who led it gave it a cachet by calling it “Antients Freemasonry”, which made it feel more established than what they called “Moderns Freemasonry”, the original Grand Lodge that had been set up in 1717,’ explains Berman. ‘Second, by not limiting themselves to the social elites, the Antients had a far larger pool of potential members.’

As the Antients took off, Berman describes a new dynamic in the lower-middle class that was to become a crucial plank within Freemasonry, namely self-help. ‘It is often thought of as a Victorian value but it started here, with Antients Freemasonry setting up what were in effect friendly societies and contributing to funds that supported their members. They also introduced masonic certificates that could be used as passports to plug themselves into new social networks, especially in America.’

While the fracture of the Craft along class lines was notionally resolved with the Antients and Moderns coming together in 1813, Berman believes that Freemasonry remains a heterogeneous organisation. ‘There is a very broad base of members, but some lodges continue to be elitist while others are far more accessible and more middling in their membership. It’s a picture of society.’ By focusing on political and social issues, the Prestonian Lecture provides an alternative narrative to accounts of Freemasonry that tend to focus on the machinations of the dukes, princes and kings of that day. ‘I don’t take the view that my lecture puts forward the only “truth”; it describes a set of views and demonstrates how the conclusions have been reached and the evidence on which they’re based. I don’t think it’s sensible to push this stuff under the carpet. Every organisation has such stories – it’s part of how we developed.’

Thanks to the digitisation of newspapers and pamphlets of the time, Berman has also been able to look at where Freemasons lived and what they did. ‘You can see agglomerations of friends and business associates, and can track when, where and sometimes why they joined. There’s an enormous amount of primary information out there that most historians just don’t look at.’ English masonic history has tended to be criticised, sometimes justifiably according to Berman. ‘Unfortunately, there are only a few academic historians in England who consider Freemasonry a bona fide subject. It is quite different in continental Europe and the US, for example, where Freemasonry is not only studied academically but also benefits from dedicated lecturers and professors. I hope I can help turn the tide in Britain.’

For Berman, history is also a way to reflect on the present and he feels that in principle there are few inherent differences between people in the eighteenth century and those in the twenty-first century. ‘I found a personal letter written by Tom Hill to his patron, the Duke of Richmond, about a third party, Desaguliers, who was an influential Freemason. He uses the phrase “I thought he was cracking a joke” in exactly the same way that you or I would use it. This is in the early 1730s – some of the spelling and sentence construction may be different, but the message is the same.’ From the Black Death in the mid-fourteenth century to the Jacobites in the eighteenth, the 2016 Prestonian Lecture identifies the driving forces that have shaped Freemasonry. ‘It developed over time in response to a series of forces and, in some cases, has helped to mould them. We should understand and celebrate that. It places us in context.’

Should you wish to request a delivery of Ric Berman’s Prestonian Lecture, please contact the Quatuor Coronati Lodge Secretary.